We released Patch 1.3 for the Platinum Expansion (and Platinum Edition) and it's available now! The patch brings a variety of optimizations for Platinum-owners of Farming Simulator 22.

This time, Chaki talked to Dr. Thomas Engel from John Deere about the International Green Week in Berlin, Precision Farming, and digitalization in agriculture. Don't miss out on this exciting episode!

It’s the day before the holidays, and today our podcast is somewhat different. Today our team members Martin, Adrien, Josie, and Lukas chat about their year working with GIANTS Software on Farming Simulator 22 and Kermit has invited some streamers to ask them what their ideal Farming Simulator Christmas present would be.

Send us a creative story of your winter adventures in Silverrun Forest with a length of 1,500 to 10,000 characters. Think up different characters: What funny, adventurous or mysterious events happen in their daily lives? Let your imagination run wild!

Dear Farming Simulator friends, the GIANTS team is off for the holidays and wishes you a great time. ‘Tis the season to be jolly, as the song goes, and an exciting year comes to an end. We released several updates for Farming Simulator 22, completed the fourth season of the Farming Simulator League and recently announced the Year 2 Season Pass. Now it is time to take a break, relax and join our families for Christmas.

With the Year 2 Season Pass, we're preparing the field for the second year of Farming Simulator 22: New crops will sprout from the soil of a new environment, while new brand partners introduce a series of exciting machines.

Volvo - A Journey Through Time

From rugged old-timers to modern efficiency, Volvo Group is one of the most prolific manufacturers of trucks and construction equipment. Several of the most notable milestones of Volvo’s classic and modern vehicles are now part of Farming Simulator 22 Platinum Expansion & Edition.

The Platinum Edition was released and - in case you didn't know - Farming Simulator 22 has had its first birthday!

Who doesn't love a good slope? #TIL #DidYouKnow #ThingsToLearn https://t.co/qXHysXpgd9 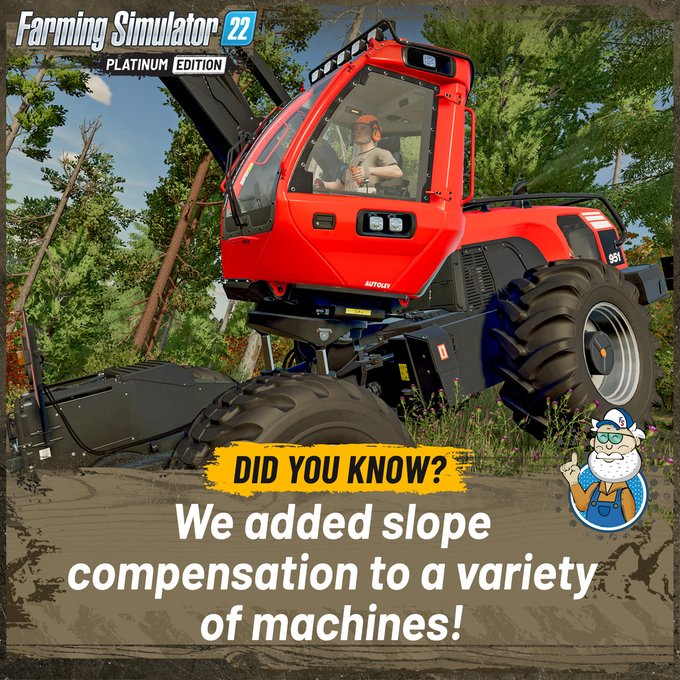 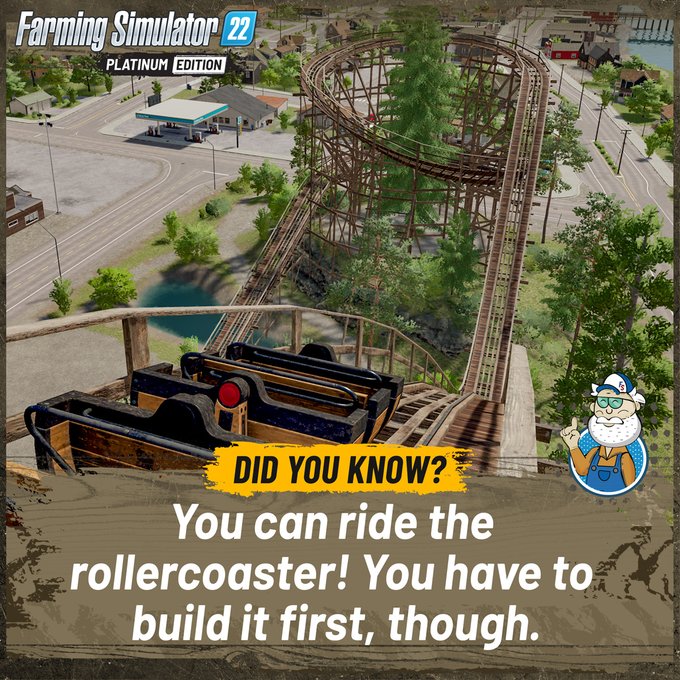 Who doesn't love a good slope? #TIL #DidYouKnow #ThingsToLearn https://t.co/qXHysXpgd9