We know, you're waiting to find out who's the winner of the Alpine Farming Video Contest is. Since we got a lot of submissions, this is how it's going to go down: Today, we'll show you a selection of Honorable Mentions with some notes alongside a brand-new reaction video from our crew. Thank you for all your contributions!

This will be a two-parter before we continue with the Top 3, ultimately crowning a winner. So, you can expect another blog article including another video from us in the coming days while our jury does its homework. Enjoy the first batch of mentions and GIANTS members reacting to your creations!

The following videos (listed in no specific order) deserve an honorable mention. Even if there might have been some rule-breaking, disqualifying them from the finals or some other major inconsistencies, each video either was based on a very cool idea, showed some good filmmaking skills or was entertaining in some other way. This is just the first batch of honorable mentions - we will follow this up!

Going towards sustainability by Nicko 87

This year, our winner of the Bourgault Video Contest touches an important topic: Sustainability in farming. He's presenting it by showing us the ever-changing technology over the decades and does it in a visually compelling style that makes us feel nostalgic. Not with a moralizing undertone. It doesn't have the same emotional depth as his debut but once again puts emphasis on his sense for topics that are important and relevant as they are current. Sadly, his use of mods from third-party sites goes against our contest rules, and therefore we can't consider this video for the finals - but when talking to him, he made it clear, that his message of showing sustainable machinery was more important in the end. That's the spirit!

If you're going epic - make sure to really make it epic. Meaning, either create a story that's as dramatic as a fantasy novel about tiny people with hairy feet delivering rings or just go crazy-overboard in a style that doesn't take itself too seriously. We're not sure, if "XTREME GAMING FEVER" meant this to be a serious choice of style. His channel name contradicts the assumption. BUT! We had fun. Everything is in here: Too many filters. Music that could be used in a mall commercial in Dubai. A guy "walking kinda cool". Christmas. Fireworks. Tractor's being presented as if they had their arms crossed like a Korean boy band. And more. Just take a look yourself...

A confusing Flashback by Nova Agro

Let's talk about this. In terms of visuals and mood, it's a cool video. Could work as part of a mood board sample for a David Fincher movie. But in terms of content, it really doesn't go anywhere or at least it's not clear where it is supposed to go. What triggers the flashback, and why is the mood so sad? What are we supposed to be sad or feel melancholic about? Is everyone gone? Maybe already gone to bed because of some kind of unthinkable curfew? Is it a post-apocalyptic "most of humanity is gone" kind of setting and looking at the tractor is reminding the protagonist of times gone? What's going on? Is it an X-files spin-off? Tell us, Mister!

A beautiful letter by DXFARM

Our narrator is writing a heartfelt letter to his family, reporting his life on the farm after taking on an internship in Erlengrat. With a nod towards GIANTS - which didn't slip by us, of course. Oh, you! It's beautifully written with nice music to go along the lines. The shots are nice to look at and everything seems in harmony. It's even in ultra-wide format and 4K resolution. Although the 32:9 aspect ratio might be a bit too much and might look a bit unfamiliar on most monitors. But that should not distract from the essence of this video - and it doesn't.

What a nice idea those two rascals had: Filming a story from two different perspectives. Should the story be inspired by real events, and we're quite sure this is a possibility, we'd like to inform you that some eyebrows were raised during the screening as we'd like to note, that driving with a concussion is a generally bad idea. It's a nice idea for a video, and it's even narrated - making up for a story that's a bit too simple and told with some unnecessary lengths. But everyone started somewhere - even our Coen Brothers of Farming Simulator here. There's more dramatic potential in here, guys! We appreciate the effort and hope for a more groundbreaking tale in the future.

The other side of the story.

As you can see in our first reaction video, we're not sure what's going on here but have a pretty solid base for assuming we have a monster chasing the female farmer who's anything but helpless. And what works against monsters who strike in the dark? The Aebi CC 66, of course! It's like a Swiss pocket knife for supernatural purposes. If that's not driving sales of the manually controlled mower through the roof and to the moon like it's a gamer-fueled stock market-escalation, what else? Also: epilepsy warning. Viewer discretion is advised.

If something starts with a seizure warning for photosensitive epilepsy, you know you're in for a ride. Technical Coyote had a very nice idea: Taking Farming Simulator games and show their evolution ending with the Alpine Farming Expansion. We would've liked more commitment to the actual comparison, and it starts more promising than it fades out - mostly with time lapses of fields not really focusing on the machines and therefore actual differences. It's already over when we expect a 'now there will be more' - but still, the idea is very cool and grabbing footage from older games made us feel nostalgic. Thank you!

Farm life through the seasons by Moos Agrar

More like a montage, the submission by Moos Agrar has some nice frame around it and offers some moody shots of an idyllic farm. It's always good to feature not only machines but breathing lifeforms (write that down for next time, guys!). That's a check on our list here. Also, the use of Seasons is a big theme here which adds to the atmosphere. Even the cheese factory and some other sights of Erlengrat are shown. Overall it's nice to look at like some dreamy SlowTV. We're just missing that certain something on top of the good editing of the aesthetic scenery.

Mountain Climber Eric must feel at home in the virtual surroundings of Erlengrat - as he proves with his mix of real-life scenes and game-scenes with a very cool transition in-between, blending both worlds. After that, it's basically a trailer showing the future of our expansion. It's a cool idea for a promotional video with a spin to underline the setting of the Alpine Farming Expansion. In the second half of the video we would've loved to come back to the real world once again. Finding a good reason to get back to it, is hard - so we nevertheless appreciate the whole idea and the video very much. Good one!

Tobias, owner of the "Agrarvideos Koebler" YouTube channel also mixed real-life scenes with material from the game but did it differently. It's not a trailer but more of a comparison in style. Showing us the real machines we authentically digitized in the Alpine Farming Expansion. That makes it fascinating, seeing them both side-by-side. On top of that, he included some nice, snowy scenes from the Alpine region at the end - we definitely would've loved to see more of that, focusing not only on machines but more prominent nature, too! Also, it's called "4 Seasons of Alpine Farming" - but the theme gets a bit lost by the directing and for that reason alone, more nature scenes would've helped to make that more clear.

What a cool, out-of-the-box idea for a video! Especially, because it's designed for engagement with the viewer and interact with him by letting him search for hidden items. The idea would make for a great challenge. But we have to note, the idea is superior to the execution, and we'll tell you why: The goal is basically to answer the video with a "yes" (I found them all) or a "no" (I didn't find them all) regarding a total number of 52 items. Thus, limiting the challenge which would've been more exciting by just asking "how much did you find?" and therefore increasing the number of possible answers instead of telling the number of items beforehand. The other problem is the presentation with only one ever-repeating effect over the course of the full four minutes. That makes it visually exhausting and challenges the viewer's attention span more than his ability to look for clues in itself.

Thank you, everyone - and stay tuned!

We enjoyed every one of those videos above. If you didn't find your video here, it's either up for our next batch of honorable mentions, made it to the finals or didn't quite meet the criteria. We're excited about every submission, and we'll follow this up with a second round of reactions soon.

Do you have feedback on our blog and our articles? Why don't you visit the Farming Simulator forums then or contact us directly at community@giants-software.com? 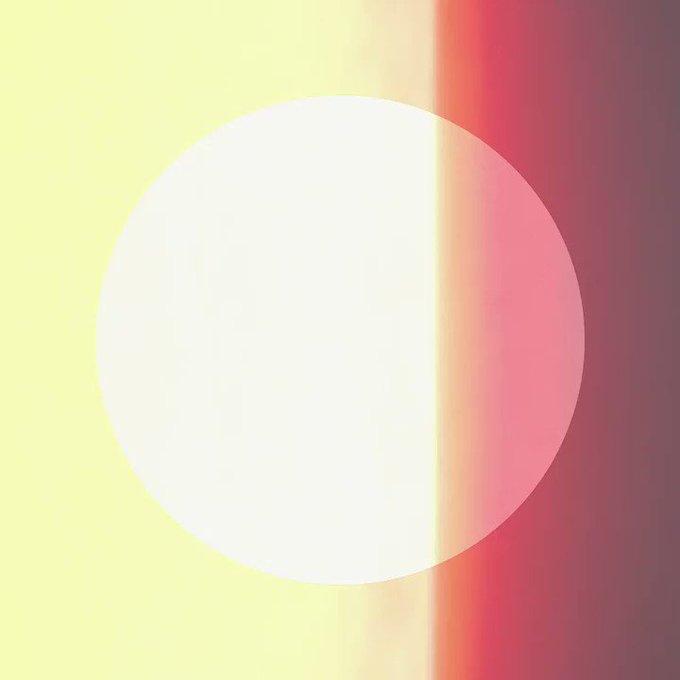 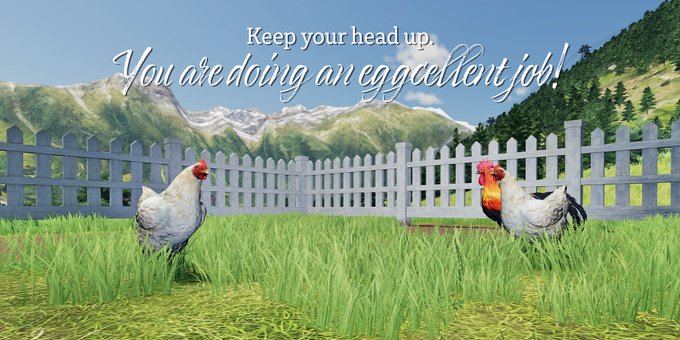 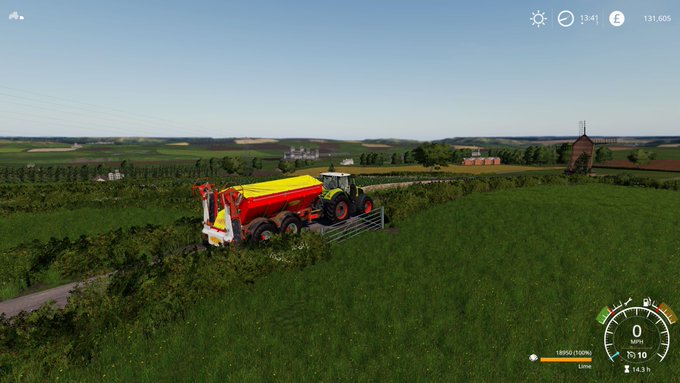