While we analyze all your contributions to our Bourgault Video Contest, and this may take a little while thanks to your numerous submissions, we’ll give you something else to watch. Why not - totally random - show you some tractor themed commercials and videos? Seriously, watch them if you don’t know them already. They’re glorious. A little strange? Some of them, yes. A bit crazy even? Maybe. Creative? For sure. Entertaining? Hell, yes!

If you’re not familiar with the excessively crazy but entertaining art of “Bollywood Realism”, relying on heavily exaggerated emotional acting and action scenes that defy any rules of the universe, here’s your chance to fall in love with this kind of “genre”. JOSH Tractor, an Indian manufacturer, shows off one of its machines with a catchy song performed by enthusiastic singers and dancers. But, they’re not performing, they’re celebrating. And it looks fun.

Let's appreciate two things here: The almost forgotten arts of stop motion and some good 'ol country-dance music from the 90s. In this lovely hand-crafted YouTube-Video by Enrico Grande you'll see different toy machinery moved frame by frame, doing all the farm work. Not only that, it's infused with some country dance music and 'Cotton Eye Joe' by Rednex, because why not, eh? Some people may get a bit nostalgic now. If that's not your style or you don't want to (or maybe can't) remember the hairspray filled clubs from almost three decades ago, that's okay - stop motion works muted, too.

It’s safe to say, this is a classic. The video is eight years old, and hardcore John Deere fans probably watched it back in 2012 when it was released. But, in case you missed it, here’s your chance to catch up on a norwegian commercial for the retailer Felleskjøpet Agri - featuring an impressive armada of 70 John Deere tractors titled “The farmers go to town”. It’s awesome. But a small note about work safety: Please, never throw hedge trimmers or other sharp objects and expect people to catch it. But we’ll turn a blind eye here. It’s a badass move for a commercial.

A bit of nostalgia featuring a fake horse

Let’s step back in time. We’re in the 1950s, where a four cylinder hydraulic pump made the tire change on a farmers tractor “almost a pleasure”. Almost. This Ford Ferguson commercial from back in the day is a nice piece of agricultural history. Watching it now, it emphasizes how far the industry developed since then. But also how the agricultural industry quickly developed from horses and donkeys being used to plough a field. That’s why we think the fake horse is the real MVP in this commercial. And while we’re at it, let’s appreciate horses for being such good friends and partners to humanity in general for a second.

Tractor stunts - for trained professionals only!

Let’s circle back to the unconventionally expressed love for tractors in India. There are many videos from all over the world with people using their heavy machinery for stunts. It gets kind of silly how often we have to point this out in this article, but again: Don’t try this at home unless you play with the physics of Farming Simulator. Here we got a trained professional doing some stunts - the action begins at the two minute mark. There are more videos on the channel, including one named “Funny tractor stuck in pudding” - what a lovely title.

Let’s end this with some “Slow TV”, meaning relaxing videos to calm down. Because, why not, even if there are no tractors in this video. In this case, “sheep grazing & birds singing on the summer pasture fields beside a forest as a storm rolls around” as the video description tells us. If you’re into ASMR, plug your headphones in and lie down. You don’t have to see what’s going on, you can imagine by the sounds. It’s basically the modern form of sheep counting, just listening and feeling transported elsewhere. Especially, if you’re living in the city with no farmlands anywhere near you. Have fun and good night (or naptime).

Send us your questions, comments and constructive criticism. Either on the Farming Simulator forums or directly at community@giants-software.com! We’re excited for your feedback on our blog and our articles!

That's a first: He's no YouTuber, no modder or anything like that. Steven is one of our devoted community members a… https://t.co/QC5CJHDS0h 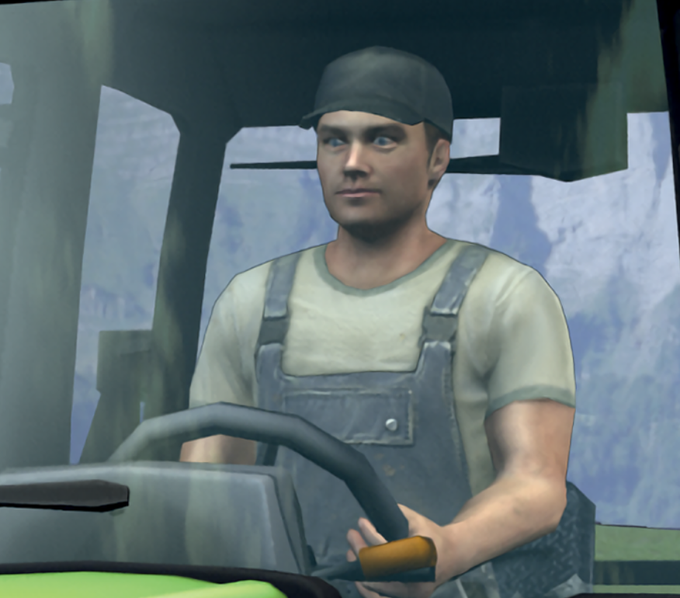 RT @FSLeSports: As a famous Neimoidian once said: "Now, there are two of them." In preperation for the next #FSL season, we got a 2nd Farmi…

Not even two weeks to go until #FarmCon20. Expect presentations, QnAs, what's coming next for Farming Simulator an… https://t.co/IY9DIl6ugf

That's a first: He's no YouTuber, no modder or anything like that. Steven is one of our devoted community members a… https://t.co/QC5CJHDS0h