Let's not babble, let's find out who won the Alpine Farming Video Contest! In case you missed the previous articles and reaction videos, catch up below!

Just to remind you what's at stake: Third place gets a premium merchandise box as well as a framed picture signed by us. Second place gets a Logitech G923 Trueforce Racing Wheel and a framed picture, too. First place, and this is the big one, can choose between Nvidia's RTX 3080, Sony's PlayStation 5 or Microsoft's Xbox Series X!

The reason: With his debut film from last year's Bourgault Video Contest, Drair made quite an impression with his video editing skills and outside-the-box approach to make a Farming Simulator video. This year, the spirit is similar. Maybe a bit too similar in some respect. But instead of just doing a sequel or taking another TV show reference, he goes meta and outright creates "FarmFlix" - a streaming platform for Farming Simulator shows. Cool idea!

Three trailers are shown to us: One references the Spanish crime drama Money Heist (La Casa de Papel), the second one Stranger Things, again, and the last one is a reference to the German time-travel show Dark. Once again, he proves his talent for video editing, creative approaches and faithfulness to the adapted originals.

What denies the video a higher ranking than third place is some missing Polish on the framework - the voice narration is a bit shy and low-quality, maybe even unnecessary. Bringing back Stranger Farming is of course cool. But since it's only a part of this video and basically the same instead of a "bigger and better" version of last year's Stranger Farming, it doesn't have the same impact. It would've been better to go with something else instead. We would've liked Better Call Helper, which sounds pretty awesome. Even more if it would also include an actual storyline. Which is possible as the following videos prove.

2nd Place: "You have to do everything" by BlakMik & Valo52

The reason: It's about a dog. So, a high ranking was guaranteed from the start. BlakMik already submitted a video for the last contest. He even references it in his spiritual successor. If you asked yourself who the guy with the Bourgault machines at the end was - now you'll probably get it.

Once again, our French filmmaker doesn't disappoint, delivering an emotional story with characters, dialogue and suspense. There's a beginning, middle and conclusion to the plot. Presented with beautiful shots and nice editing. An all around well-made package.

What could've been done better, you ask? Well, in the way it's filmed it's not becoming clear, how the dog got lost in the first place and how he got back to his owner. Did our boy with the armada of Bourgault machines know the owner? Did he see the posters and brought him to his owner?

Also, the presence of our hero raises another question: What is he doing with THOSE machines in the hilly surroundings of Erlengrat? Then again, as he was not pictured as the brightest fella in the first movie, he probably got dramatically lost on his way to... Canada?

The reason: Oh, boy. Where to start? The first thing we noticed is the atmosphere and the moody lighting which was already enough to tell us this would be a good one. And it was from start to finish. We have a story here that is shot in a way where we consistently knew what was happening - while showing us an engaging plot with a relatable protagonist!

On top of the great editing, Vector Man even did some astounding animations we haven't seen before. Not to that degree at least. The acting comes from the protagonist's actions instead of spoken dialogue or narration - giving him life in a way that was very much unique in this contest and differentiates the video from the other submissions.

Every single action of our guy has a purpose. From turning his mask upside down, emphasizing the dissatisfaction with his job up to kicking the machine in frustration - showing us what he's feeling. That's some quality effort and good storytelling we didn't expect.

It's not only the editing with moody color grading and fitting special effects that we have to praise. Vector Man even wrote and recorded the music himself. And then of course, the overall message of the film deserves a mention on its own: "Farming is always a solution". We agree. Get your price, dude.

Winners will be contacted soon!

We want to thank all of you again for your creative videos and all the work you put in! Even if your video wasn't listed on our blog - we watched every single one. We had a lot of fun watching them and choosing the best ones.

We saw a lot of creators coming back after our first Bourgault contest and are amazed about the progress we saw from a lot of you. Most importantly, we hope you had as much fun as we did. Maybe we sparked your interest in doing more videos (whatever they might be about!) and staying creative.

Didn’t find your video here? Don't be disappointed. We had to limit the selection of videos for our blog. In case of multiple similar videos, we had to choose the most polished, for example. But we will put a YouTube playlist together - including all submissions we got in our inbox. You can expect it soon.

Maybe there is another chance in the future!

How did we determine the winners?

All videos that were submitted via E-Mail were sorted, verified and watched. The final selection was put into a curated list for the jury - including a form that had to be filled out to determine who was each voter's favorite and why. Everyone at GIANTS Software had a voice in selecting the top 3 of the Alpine Farming Video Contest and this was the result.

Do you have feedback on the video contest? Why don't you visit the Farming Simulator forums or contact us directly at community@giants-software.com? 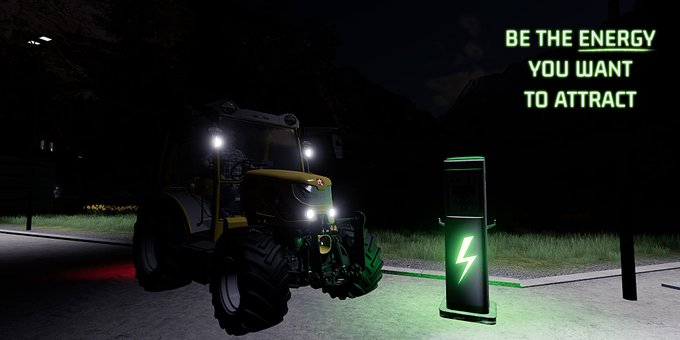 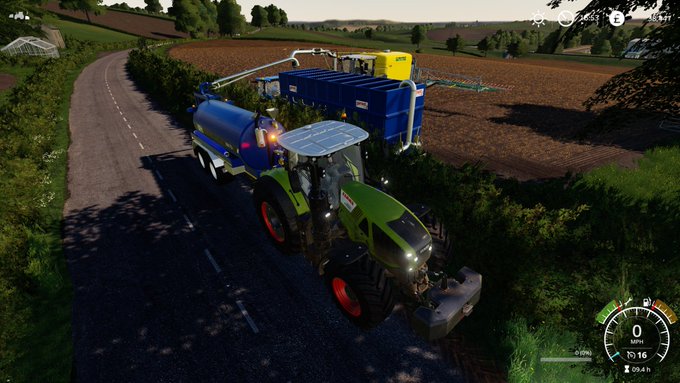