Are you ready for large scale farming? With the upcoming Bourgault Pack releasing on March 10th, friends of big and powerful machines can start massive agricultural projects on their virtual farm without apprehension when facing vast open fields. If you do get goosebumps, it’ll be for the thrill of using the impressive design and working width of Bourgault machines, as well as the John Deere 9RX series which also gets introduced with the DLC.

Before we get to the interview with Bourgaults Marketing Specialist Robert Fagnou, who tells us more about the real life machines and the cooperation with GIANTS Software, we need to answer one important question: What to do with those big machines? As you probably well know by now, the Bourgault DLC is designed to be played on maps with a little bit more legroom than the European inspired Felsbrunn for example. That means, maps with North-American and comparable dimensions will be more fun to operate these Canadian machines on.

So if even Ravenport feels too small for you with the biggest field measuring about almost 40 acres, take a look at our Modhub! There you’ll find maps where you can go berserk with your 3420-100 Paralink seed drill and its impressive 30,5 meters of working width. Maybe try field 6 on the Dahl Ranch - and tell us how long it took you to cover about 420 acres of field. Here are some other maps pairing well with Bourgault:

Did you create a mod map yourself that’s predestined for the Bourgault DLC, think about submitting it to our Modhub! You can register for free. On the modding forums and in our modding channel on Discord you can exchange with other modders. We spoke to Robert Fagnou, Marketing Specialist at Bourgault, to learn more about the different machines included in the DLC. In case you don’t know much about Bourgault machines yet, you will learn more about the implements, soon to be available for Farming Simulator 19. We also wanted to find out about Bourgaults satisfaction with the authentically digitised machines in the game. Not to flatter ourselves too much, but - spoiler: they’re amazed. But find out yourself in the following interview!

How and why did Bourgault decide to cooperate with GIANTS for the representation of the brand in Farming Simulator?

Robert Fagnou: We were originally contacted and asked by GIANTS Software if Bourgault would be interested in participating to include some of our models in Farming Simulator. I was aware of the game, but had not played it myself, so I did a bit of research prior to our agreement. A relative of mine who is a serious Farming Simulator player showed me some Bourgault “mods” that were currently on the game – some looked well done, some were a bit more “free style” in design. I saw an opportunity to offer more authentic Bourgault equipment for farming simulations.

Seeders and air carts, a cultivator and a weeder: What do you think about the selection of machinery in the Bourgault Pack? Why is it a good combination?

Robert Fagnou: This package offers is a very good range of products for those who want to try their hand at developing a large-scale farming operation. With the largest seeding unit at 100ft (30m) and cart capacity of 1300bu (45,800 litres) gamers can try their hand at managing huge farms. But there should be something for every scenario.

With the 3320, 3420 and the CD872 there are overall three new seeders coming with the Bourgault pack. What can you tell us about the unique selling points or otherwise significant highlights of the three machines?

Robert Fagnou: The 3320 Paralink Hoe Drill is a 76’ (23.4m) wide drill that is paired with the 7950 Air Cart (33,500 litres). This unit is capable of seeding most every product, and is one of our post popular pairings in the real world. The transport width is 25 feet (7.6 m) so it may present an issue, if transport restrictions occur in the game.

The CD872 Frame Mount Seeder is a new product for Bourgault, and is gaining much interest in Mid-West US, Eastern Australia, and in Europe where road restrictions are critical. This self-contained seeding system is a first for Bourgault, where the product compartment and seeding bars is one implement. This iteration is equipped with a coulter style seed opener, designed to minimize soil disturbance when placing seed and fertilizer into the soil. The compartment can hold up to 7200 litres (200bu) and covers 8m (26ft) in a single pass. The CD872 has a narrow 4m high (13’2”) x 3m wide (9’10”) transport window, so it is legal to transport in most regions.

Tell us about the capabilities of the SPS360 Cultivator.

Robert Fagnou: Bourgault seeding systems are designed to operate as a direct seeding tool (no pre-tillage). But there are situations when field residue is very thick, or soils are too wet to seed. The SPS360 is designed to help process field residue and work the surface of the soil to encourage drying without having to conduct a heavy ripping operation. Soil tilth is encouraged and maintained when heavy tilling is minimized. This until operates at 50’ (15m).

Any thoughts about the XR770 as well?

Robert Fagnou: In North America, the primary use of the harrow is to manage field residue prior to seeding. Again, if last season’s straw is heavy and uneven on the field, the XR770 harrow can be used to break up and level off the field to make the seed openers seed into the soil without straw wrap. It is also used to help dry the surface in early spring, and incorporate product into the soil if seed and fertilizer has been broadcasted earlier. Units are 70' (21.3 m) & 90' (27.4 m) in operating width.

What do you think about the overall level of detail and authenticity of the digitalization of the Bourgault vehicles and machines in the game?

Robert Fagnou: We were all amazed by the attention to detail and realism that have been put into each unit. This is our first experience digital modeling with a gaming company, and even our design engineers (not an easy bunch to impress) commented on the quality when involved with the review process.

Where there any challenges/learnings in cooperating with the video game industry?

Robert Fagnou: I believe that the work done ahead of time to test various 3D file formats set us up for a smooth transition from our base designs into their modelling applications. As well, we were given ample direction from GIANTS on what they needed to create these models. Lack of knowledge of the gaming industry was the biggest challenge for Bourgault, so we appreciated the direction from GIANTS in this collaboration.

What are the current challenges (company or industry viewpoint) in terms of advancing seeding/agricultural tech?

Robert Fagnou: The agricultural industry is experiencing a fundamental shift in how it operates, driven by the much touted “information age”. Farmers, always looking to improve their productivity and profitability, are doing more to collect data on their soils, weather, topography, previous harvest records, etc. This, plus the requirements of the next crop is interpolated into recommendations to drive the next seeding operation. In addition, GPS technology has evolved from simple steering assist to prototype autonomous systems. Full autonomy is not ready for commercial market, but advancements are made each year and monitored by Producers.

Are there any fans of the game within the company?

Robert Fagnou: I have had a few co-workers bugging me when the pack will be ready for release!  Since becoming involved with this project, it has surprised me the number of people of all ages who are involved in the Farm Simulator game and their focus on their sim operation. Being a noobie myself, I look forward to giving a try when the Bourgault DLC is available.

Any kind words to fans of Bourgault who’re already excited to use the machines and vehicles in the game?

Robert Fagnou: Bourgault is very pleased with the final results of the models produced by Giants. We hope that these products will bring familiarity to gamers who are versed with Bourgault products. For others, the Bourgault DLC should open a new window of agricultural scenarios to challenge even the most advanced sim farmers. Bourgault Industries Ltd. is a developer and manufacturer of large-scale small grain seeding systems, with the main office and manufacturing facilities located in the small town of St. Brieux Saskatchewan Canada. Founder Frank Bourgault started the business in the back of a Massey Ferguson dealership he co-owned, building dual-purpose tillage equipment of his own design in the late 60’s and early 70’s. Success led to the incorporation of a full-fledged manufacturing facility in 1974.

Starting small, Bourgault Industries continued to develop equipment with larger and improved designs as dealerships took on the new line across Western Canada and the Great Plains of the US. Additional products were added to the lineup, including air carts, harrows, wing type packers, pull type sprayers, fertilizer applicators, and air drills. The diversification into additional products and a growing reputation for durable and effective equipment allowed Bourgault to extend its market overseas, developing a dealer network in Australia, Kazakhstan, Ukraine, and Southern Russia.

Today, the company is still family owned, led by Frank’s oldest son, Gerry Bourgault. The company employs over 700 people and operates facilities in 5 different countries which service key farming regions around the world. The company maintains a focus on the development of leading seeding systems that are effective for a wide range of farming operations. 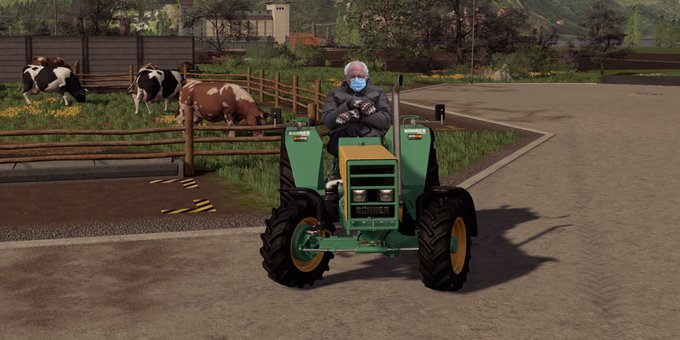 How excellent would you rate Uncle Pete's? #ThrowbackThursday https://t.co/ovdMOul8Vm 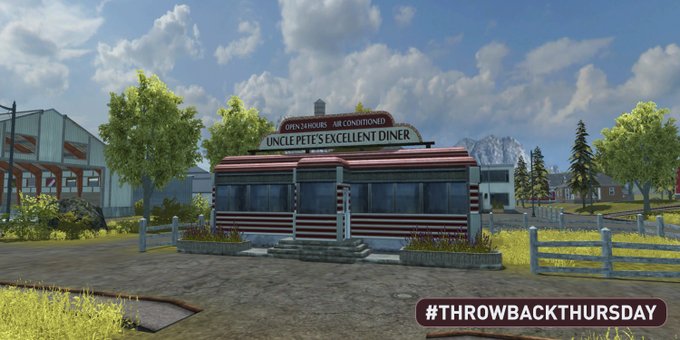 Good news for all of you 🥔 potato 🥔 enthusiasts: On January 26th, Peppe978-Team FSI Modding and GIANTS Software wil… https://t.co/xnoUqAvZ3k